I just posed a TBT picture on Facebook of Chris and my second date. Like all second dates, it took place three months after the first. 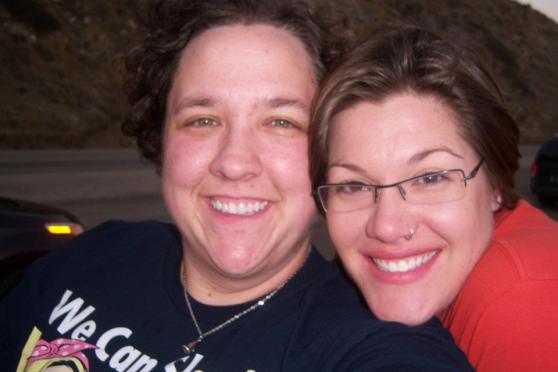 Literally days after our first date, she flew back to LA. We saw each other a tiny bit in the time between, but not a whole lot. I asked what she thought about me coming out to see her in the fall, and it made her very, very nervous. I kept pressing for a while, but eventually I just backed off (which is very hard for me — major personality flaw). Soon after, she agreed that I could come visit, so I booked my ticket for a long October weekend in LA. I had never flown before by myself — always with my family — so another thing checked off the bucket list thanks to her.

I landed at the airport over a half-hour early. When I called, I don’t think she had even left her apartment yet. So things were a bit rushed. And when she picked me up, there were paper flowers she had made waiting for me on the car seat. The sweetest thing anyone had done for me. I still have them — they’re in our dining room — and I think they’ll make an appearance at our wedding.

It was an amazing trip. I tried pho and Thai iced tea for the first — but definitely not the last — time. I strolled the beautiful streets of Westwood, saw Marilyn Monroe’s grave (among others), watched the fog roll in on the Venice Pier (which was seriously cool), drove a tiny bit up the PCH, watched the sun set over the Pacific Ocean, and went to Disneyland. That’s a typical second date, right? I mean, no U-Haul (that was the fifth date), but pretty regular, I guess. 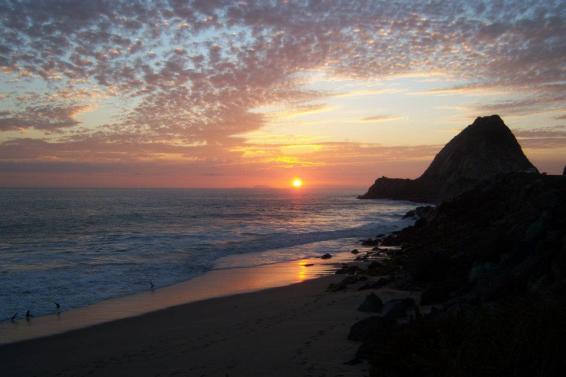 And I fell asleep on the way home from Disneyland, another first-but-not-last experience. She’s much more able to stay awake than I am.

It was rough going back, especially because December (her next trip to Pittsburgh) was SO LONG from then. That weekend cemented what we both suspected from the moment I asked her out — this thing was pretty real. And pretty special. And pretty awesome.

It was such a short trip, though, that we didn’t get to do all of the things we wanted to. Eventually, I booked another trip in June of the following year so we could cross another set of things off the list (one of which is seeing the bridge from the “BTVS” episode “Once More with Feeling.” You know the bridge. With Willow and Tara, of course. Because I’m a gay nerd). None of those plans ever happened, though, because a last-minute decision to move back to Pittsburgh crossed all of our LA plans off the list and replaced them with “drive cross-country and move in together.”

Which trumps Willow and Tara any day.

One thought on “Second Date”