Guys, it’s been over a month since I blogged. I should be ashamed. I’ll just say it’s been a really busy time lately, especially at work. Here are a few quick things about what’s been going on.

Chris and I went on vacation with my family, and it was lovely. We spent a week at Cape May, New Jersey, with my mom, brother, and sister-in-law. The weather was a bit meh, but still nice to get away.

We went to Wildwood one day, and it was desolate. A mile of boardwalk and two stores open. But at least we got to see it, and this picture happened.

We got Graham a catnip banana, and it’s his new favorite thing. 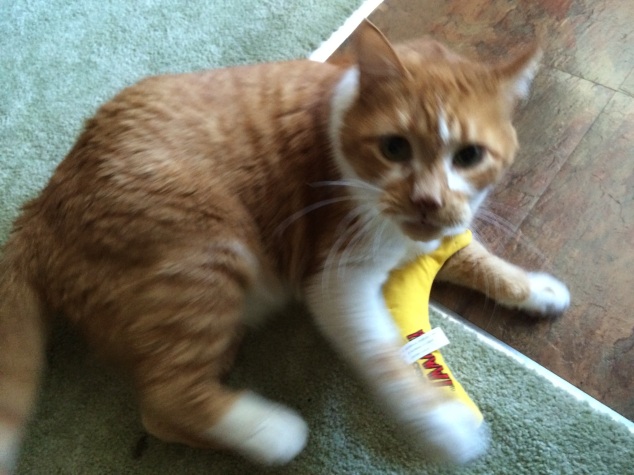 One day last month, we saw some clown driving a truck. He eventually saw me staring at him and returned my sheepish smile. But this happened before I got caught.

We also saw this guy totally safely transporting a kayak. 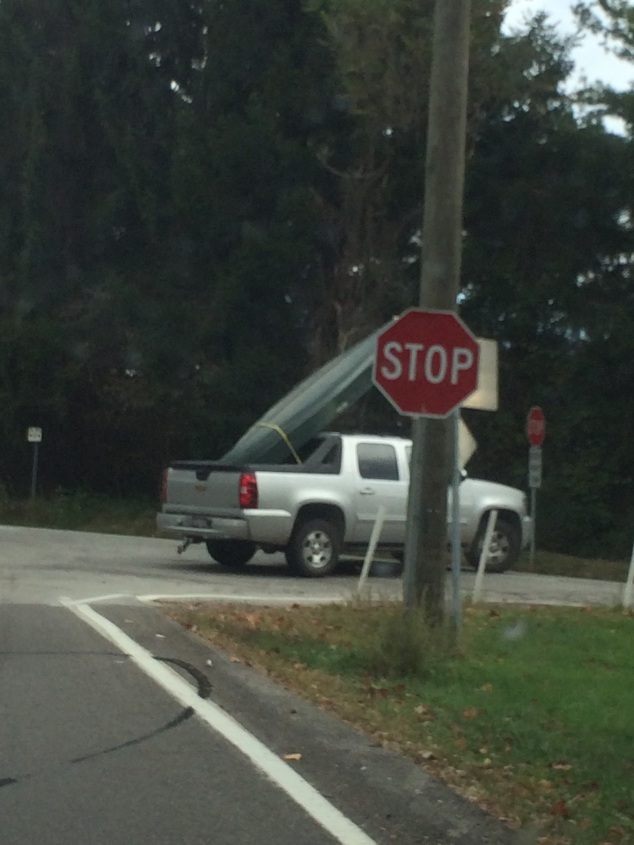 Chris wanted to find a trail nearby that was next to water, and we did. Canonsburg Reservoir 2, I believe. We had a lovely little walk. 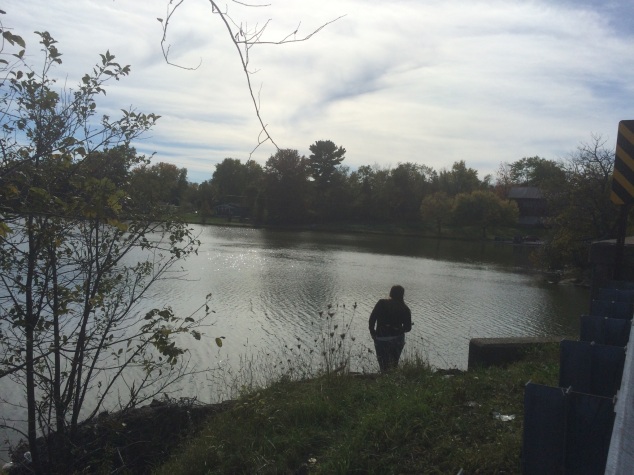 I made some epic pots of chili.

We went to a show on the South Side with Chris’ cousin Amber. I can’t recommend Postmodern Jukebox enough. It’s one of the best shows I’ve ever seen, and I’ve seen Poison four times, just to give you some reference. 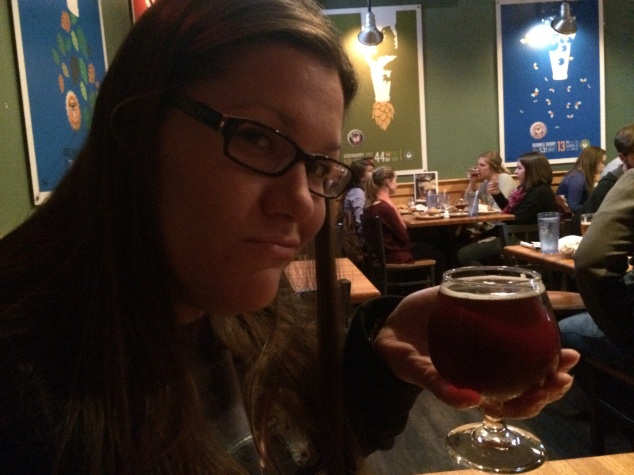 We went to our friend’s daughter’s soccer game and then to Trader Joe’s with them. It was great. All I had to do was say what I needed, and a helpful child went and got it. But if Chris didn’t hear the request, she would be confused at four cans of chickpeas being put in our cart by a middle schooler.

Tuesday we saw David Sedaris with some friends, and he was hilarious. We had a delicious meal, and, most impressively, I successfully drove us from the North Side to Oakland without getting lost. The show was a good time, and the venue was beautiful. I took zero pictures, though.

I extended my staycation to Wednesday for pumpkin carving. I went shopping with my mom that day, so I put on some chili before I left. By the time I got home, it smelled chili-rific. Chris came home and made some pumpkin cornbread, and we had some leftover pumpkin-spice cookie bars that I made for a blogging friend because I lost a bet. (Damn you, Pirates!) Not to brag, but the food was spectacular, if I do say so myself.

I haven’t carved a pumpkin in years. I really can’t remember the last time. I am always on afternoon shift in October, so I’ve missed the last few Chris has done. I had no idea what to carve, but eventually inspiration hit me. Who better to honor with a pumpkin than my favorite Steeler, Dick LeBeau?

(Brief background — Dick LeBeau is the defensive coordinator for the Steelers. He is 77 years old, and they have to announce his age at some point in every game, I swear. A couple years ago, I started posting on Facebook about when the announcers would mention it, and it has evolved into a weekly, anticipated-by-some Dick LeBeau post. I even received the Best Ornament of All Time from my future SIL Amy, a DLB-themed ornament explaining how, at the first Christmas, Mr. LeBeau brought the baby Jesus the gift of football.)

Okay, so the pumpkin. I had you ask Chris to draw the symbol for me to cut out, but I did the drilling on my own. I think it turned out pretty nice for someone who hasn’t done this in years.

That brings me to today, which is one year from our wedding. I’ve christened it our negative-one-year anniversary. We won’t get to spend much time together today — both are busy at work on different shifts — but there will be a few minutes here and there.

I’m so excited to be married to Chris. I feel grateful and lucky every day to have found someone who can tolerate my prickly personality and makes me so happy while doing it. I wouldn’t have had half of the adventures I’ve had in the last few years without her, and my life wouldn’t be nearly as fun.

She makes me so happy.

Here’s to a great year, followed by a kickass party!

One thought on “One Year to Go!”