This blog post is less coherent than a lot of others. My mind has been a jumble of thoughts this week, and I guess this is just reflective of that. Sorry?

My mom, telling me my dad was gone.

It was yesterday, and it is a thousand years ago, all at the same time.

My dad used to play the lottery every week, something that always surprised me about my no-shenanigans father. “It takes you from no chance of winning to a one-in-[however many, and he probably knew the exact number] chance of winning.” Kind of, “Why not try?”

The facts and figures and odds were probably something that appealed to his logical, research-chemist brain. You can’t win unless you play. You won’t have a chance unless you take one. The man was at one job for almost 30 years, though. You pick and choose what’s worth gambling on, I guess.

I often think how lucky I am to have hit that magic lottery with those parents and brother of mine. Super supportive. Super understanding. Super progressive in small-town West Virginia. Being gay could have gone a lot worse.

They instilled the confidence in me to take a chance every once in a while. College in a big city away from home. Leaving an awful job. Moving in with someone. Accepting that sometimes, things are over and that’s okay because you can’t reason with crazy. Asking your work crush out after 10 years.

Some hits, some misses. Acceptance of both, difficult things in their own ways. 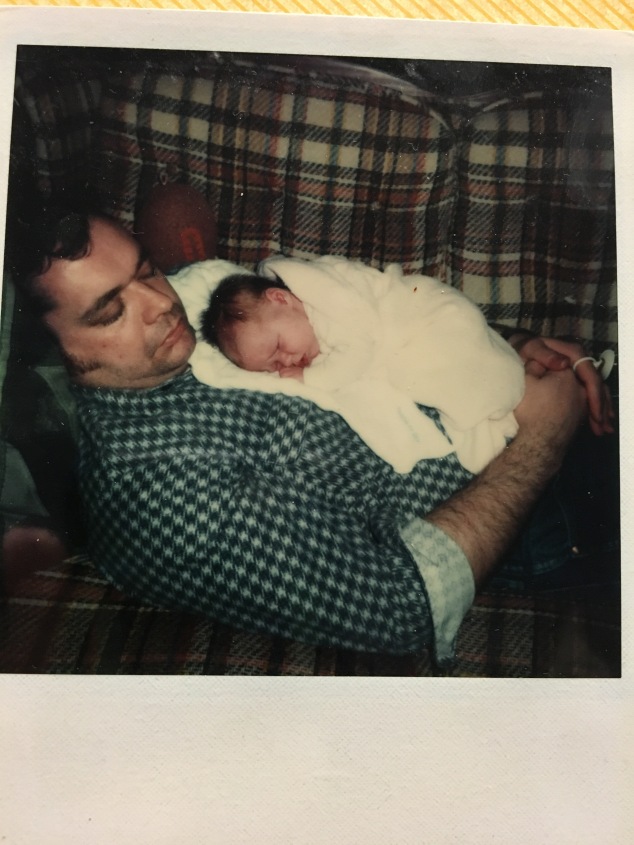 Sometimes you take a chance, and you lose.

Sometimes, you don’t even have the opportunity to take that chance.

He’s forever frozen at 59 in my head. Still healthy and active, ridiculously smart and dryly funny on occasion. Quiet and patient, able to do anything. At least in my mind.

I am the loud, obnoxious, opinionated, independent woman my parents raised me to be. And one of the few things that makes me sad about my wedding day is that my dad couldn’t walk me down the aisle.

He would have hated it. All that attention.

He never got to meet this most important woman in my life and be amused by her like the rest of us are.

I see him in my brother sometimes. In myself sometimes. It’s a nice feeling. Makes him seem less…gone. Less abstract. More real. More solid.

I saw a psychic once about a year after he died. The thought of him communicating with me was laughable, really. He hardly ever talked when he was alive. But the guy told me enough familiar things — specific things — that I thought it could be him. Some crazy shit, too, though — like about my romantic future being in California. 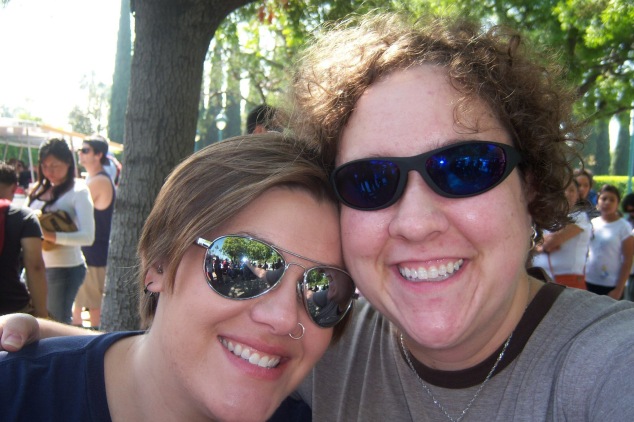 Our second date a year and change later. At Disneyland. Yep.

Always take that chance, because the odds can never be in your favor if you don’t even try, right?

I’ll be busy all weekend, which is probably good. Weddings and Kennywood and all sorts of other random shenanigans with friends and Chris’ family — both at the same time, in some cases.

It’s not as difficult as it used to be. It does get better. But it never goes away. I don’t want it to, really. Because it’s a part of me. He’s a part of me.

I wonder if he would be proud of me. Or disappointed. Or both.

I wish they could have met each other.

I wish he were still here. That part never changes.

Happy weekend, friends. Hug your whoever extra tight and be happy they’re there. And always give yourself a chance, because you never know what could happen.