As you may know, today — April 26th — is Lesbian Visibility Day.  The day when we cast off our Harry Potter cloak of — oh, wait. That’s not it.

Growing up, the last thing I wanted to be was visible. I tried to blend in, mimic what other people were doing, stay under the radar so no one would see that I was different. I didn’t want anyone to notice me, to notice I was different. Growing up in small-town West Virginia, the last thing I wanted anyone to do was see me for who I was in my Catholic school. Slumber parties were probably the worst, especially with the introduction of Truth or Dare. I have never been big on lying, so Truth was a nightmare situation, but at that age, Dare sometimes consisted of exposing body parts or something similar, and that also filled me with fear. What if I answered a question about a boy wrong? What if I stared at someone too long? What if I didn’t stare and that was suspect?!

The older I got, the less visible I tried to be. Locker rooms, volleyball and basketball practices, and a sudden passed note of “you’re hugging people and it makes us uncomfortable” forced me deeper into my wishful cloak of invisibility. I graduated and got the fuck out, but it took years before I allowed people to see who I was.

Looking back, oddly, I’m not sure that my feelings were ever “shame.” All I ever wanted — and all I want now, to be honest — is to fit in. I just want people to like me, to be amused by me, to not be weird. You know, in a bad way. I’m totally okay with being weird in a good way. If that makes sense to you — good news! You are also my kind of weird!

Anyway, I guess that’s its own kind of shame — not wanting people to see you for your differences. But it never felt that way. Or at least it doesn’t now.

I think the existence of representation on TV can’t be understated here. For the first time in my life, I have felt like I’ve seen myself when I hit that button on the remote. From Wynonna Earp to Everything Sucks to One Day at a Time and even Supergirl (though you’re not doing a very good job right now with other things, SG, but whatever), women dealing with their sexuality and falling in love with other women are there. We’ve come a long way from shouting “I’m gay” over an airport PA system, Willow Rosenberg having an extra-flamey candle, and Kerry Weaver shooting longing looks at Kim Legaspi. Those moments were important and significant, sure, but they were moments. Unusual circumstances. Newsworthy. The representation I see now is noteworthy because of its normalcy. Being gay isn’t done for ratings. It’s part of the overall story of people’s lives that is told, helping it to become visible.

We have always been here, and the entertainment landscape is starting to reflect that.

The older I get, the more visible I become. I remember several months ago, I made a comment about just wanting to be inconspicuous, and my friend Angie told me that as long as I had this hairstyle, my hopes of disappearing were unlikely to happen.

But I kind of dig it now. I feel like my outside is starting to match the insides that were always there. I’m content to stay in the background but also coming to terms with the fact that, when you have all this sizzle, people are going to notice.

I also know that all lesbians don’t look like me, talk like me, act like me. That doesn’t make me or them any less of a lesbian. It’s important to remember that. We don’t all wear flannel. We aren’t all good at sports. Some of us have long fingernails. And some of us are trans women. WE ARE ALL LESBIANS, AND WE ARE ALL HERE.

I am a lesbian, but I am so many other things. A wife. A friend. A fangirl. An Earper. A Lenasexual. A bestie. A softie. A Ravenclaw whose Hufflepuff tendencies show way too often. A Star Wars fan. A grammar and punctuation snob. A human who reads to much fanfic.

My sexuality is one of many parts of myself, all of which I’m proud of.

Even though this world has come a long way from the one I lived in as a child and a teenager (and a university student), my story is still important. I’m fortunate that I can be visible, and I hope that my visiblity helps someone else. Helps them to become who they were always meant to be.

Look at me. I’m invisible no more. There’s no going back now! 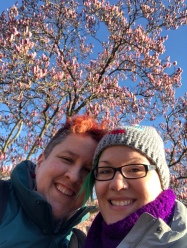 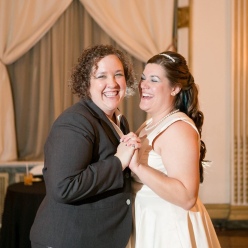 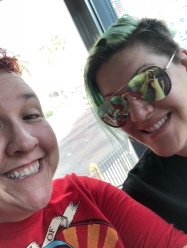 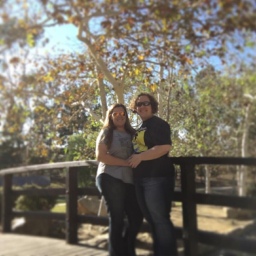 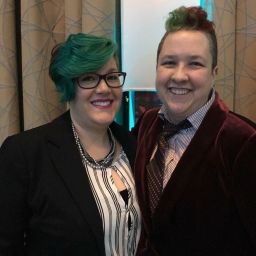 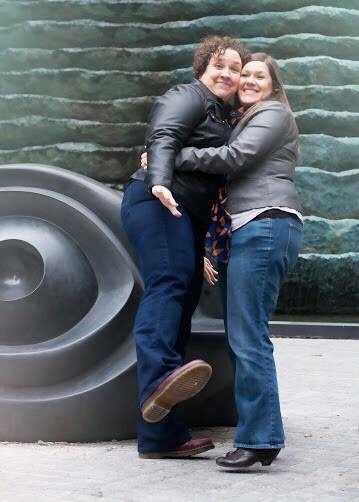 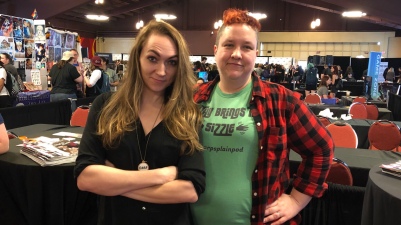 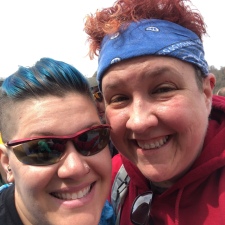 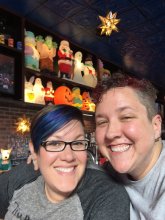 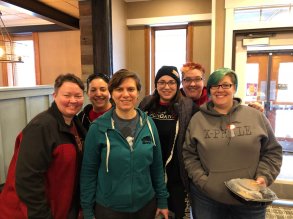 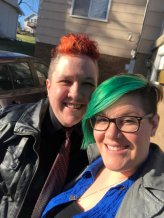 One thought on “Look at Me”