Rebecca was one of the first new Earpers that I met at ClexaCon, and I was blown away by how nice she was. Granted, it may have been because my wife and I agreed to monitor the Fangirl Shirts booth while she and Sally did their panel, but…probably not, right?

I’m pretty envious of all of her local VanEarpFam hangouts, and I love seeing pictures of Rebecca and her Earpy visitors hanging out with random seals, which I assume is followed by hanging out at her giant mansion. Why a mansion? I think I myself have paid for it with all of my FGS merch.

I’m happy that Rebecca is my first Canadian EarperView, but I have to say, I’m very disappointed by the lack of beaver representation on her TL. I really thought those guys were basically everywhere you turned in Canada. Regardless, enjoy!

I’ve been a science nerd forever. I have a degree in Marine Biology and have been working on a research and conservation project with Steller sea lions and Northern fur seals for 16 years. My love for awesome, strong female characters has forged some incredible friendships and, together with Sally, inspired the creation of Fangirl Shirts. What started out as a “Hey wouldn’t it be cool if we did this?…” conversation has turned into one of the most amazing, life-changing experiences for me, and I still can’t believe it’s all real. I’m a mom to three awesome kids; my eldest is eight and a half and my twins are five and a half, and it’s been amazing to raise them with all the female superheroes and with all the strong, empowered women we are finally getting to see on TV and in movies to look up to as role models. They get to play with all the toys I wished for as a kid!

I was a huge Lost Girl fan, which is actually how Sally and I met — on Twitter, through the Lost Girl fandom. Emily Andras wrote all of my favorite episodes of Lost Girl. One day she tweeted about working in a “super secret new project,” and I knew that whatever it was, I was going to watch it. And we knew that Fangirl Shirts was most likely going to be making shirts about it! Tons of Earpers migrated over together from Lost Girl to follow Emily on her new show. Best. Decision. Ever.

There is no fandom like the Earper fandom, that’s for sure! I’ve been a huge fan of sci-fi and genre TVfor many years, and my first foray into fandom was with the X-Files in the ’90s. I had never seen a character like Dana Scully before, and I was hooked.

That’s hard to choose — there are so many! But I’d have to say sitting in the panel room during the Wynonna Earp panel at San Diego Comic Con in 2016, when we all found out the show had been renewed for season two. The room exploded with excitement, people were laughing and crying and hugging, and being there the moment we knew we got to do it all again for another season is something I’ll never forget.

Getting to meet Emily Andras for the first time at Clexacon 2017, on FandrasFriday, while wearing my Fandras shirt! She joked that I needed to take it off before she’d hug me, but then she hugged me anyway…Proving that she’s just as awesome to meet in real life as you’d hope, and also that Fandras is totally a thing.

This show has changed my life. Seriously. The relationships I have made through the Earper fandom mean more to me than I could possibly put into words. The stories we’re seeing on TV because of this show are stories — with characters — I’ve been waiting my entire life to see. Growing up and trying to be a smart, strong independent woman who also happens to be queer, I didn’t get to see myself reflected in characters on TV. Ever. I’m so unbelievably happy that Wynonna Earp exists. 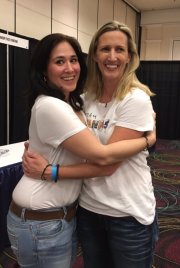 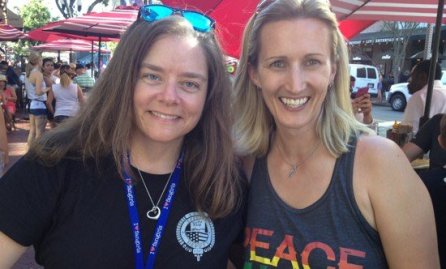 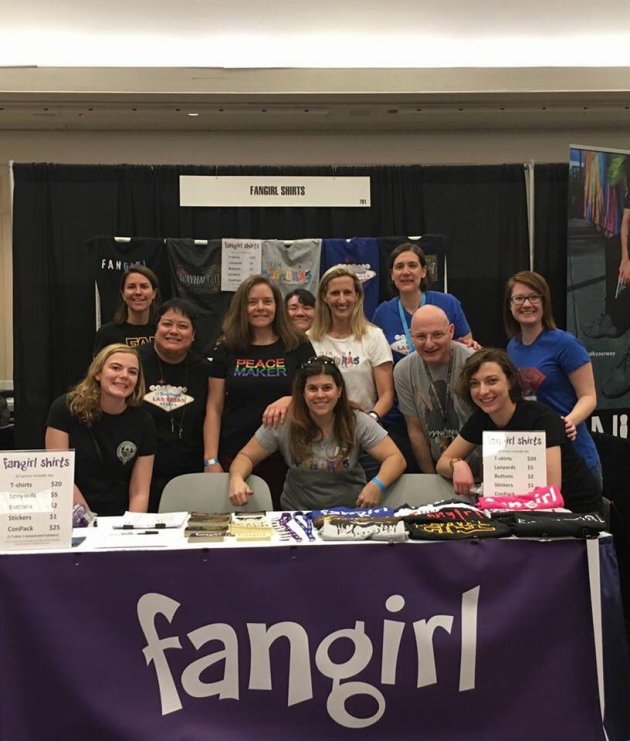 The difference is, she loves us back.

The vast majority of my wardrobe is fangear, I tell everyone I know that they should be watching the show, and I’ve helped collect all the local Earpers around me and we get together every month or two for Earper Meetups! It’s been so much fun.

Probably planning my entire SDCC schedule around every single one of the Wynonna Earp events.

What would a Wynonna Earp/Wonder Woman cross-over look like?

You basically just described my dream crossover, and can I please buy tickets NOW?!

If Rosita wore a Fangirl Shirt, which would it be?

I think she’d either choose I Got My Beaver Buzzed at Shorty’s, or our Feminist Killjoy shirt. But first, she’d turn it into a crop top.

Here’s where you can find Rebecca:

I’d just like to take this opportunity to thank both Rebecca and Sally for playing along and answering my EarperView questions. It’s been a fun week, and I can’t believe the penultimate episode is tomorrow! See you on the Twitter, my friends!