Important things happen at cons. Specifically, meeting important people. The great thing is that we already have a built-in interest, and that interest is — you guessed it — Wynonna Earp. At Fan Expo and then at Dragon Con, I met Michelle and BP — two EarperView subjects, two fangirl nerds, two fans of The 100 (ugh), and two friends. I was super stoked to introduce them to each other, because they’re basically the same person, and they were delighted to see I was right. Well, not delighted. Begrudgingly amused.

We podcasted about Dragon Con a few weeks ago (and I’m guessing due to the Muppet quality of my voice, it’s been a bitch to edit), and we had a great time discussing Stan Lee, the seventh circle of Hell, and what it’s like to be homeless the day before a con. Our DMs usually circle around discussing TV, and in one of them, BP threw out the name of a podcast — There’s Something in the Heir. I immediately hijacked it and tried to add “Tonight” and make Phil Collins our official opening singer, but her name stuck. Ugh. Whatever, BP.

So, somewhere between work, work, and more work, the three of us have vowed to Earpsplain to each other what the first two seasons involved. If it were up to them, I think we’d be halfway done by now, but I’m on a weird schedule and my free time is in the morning, which is convenient for no one. Myself included.

Things we can promise you:

Things we cannot promise you:

Does that sound like your jam? It does me, because I’d listen to this even if I weren’t involved. Seriously. Those two are awesome. I’m just the word candy.

But don’t just blindly believe everything I say. I’ve decided to be a gracious blog overlord and let everyone speak. Here’s what we all have to say about why we decided to do this thing, and because I think blogs are boring without pictures, we’ve included some of our pets.

I kind of feel like if you’ve found your way here, you already know what I’m about, son, but okay. I had been putting off watching Wynonna Earp for no good reason, and then binged 8 episodes in 36 hours. It took me hours to download the S1 finale on iTunes with the shitty WiFi we had on vacation in Curacao, and then I watched it in bits and pieces in Miami while we waited for things. It’s currently my favorite thing to write about, and I love talking about it, too, especially with these two nerds. They feel about TV the same way I do on a cellular level, and it’s refreshing, familiar, and reassuring. I’m excited.

And this is Graham.

I can’t believe I’m associated with these weirdos (AKA: amazing pals). Anyway, I binged Wynonna Earp right after season 1 ended and was *a little* late to the fandom experience, but have obviously been welcomed with open arms. I’m “The Banner Girl,” which is only 1 of about 17 names I have. If you don’t know what I’m talking about, you’ll see it again soon. It’ll be insane and a lot of fun. Side note: Lora Innes is talented as all get out and I’m so thankful to call her friend.

In my thirties, I’ve come to embrace the reality that what I like is what I like and while my old friends are off having kids, my dog and I are far more interested in fantasy worlds. Whatever, I’m not trying to win “most likely to succeed.” That ship has sailed.

I’m a nerd and I’m fine with it. I think fiction speaks to reality in a way reality sometimes misses. I overanalyze the mess out of things and sometimes in my ramblings, I stumble onto amazing insights and award-worthy new words, like Earpsplain. (You’re welcome.)

I already have a podcast (@adulting098) and these two fellow nerds and I had been fiddling with some WE ideas. The pieces all meshed at some point, and with our powers combined, we became #MoNicMic! I’m the Nic because BP just didn’t jive in that hashtag and Nichole really is my middle name. Convenient, right? Whatever, stop judging me.

There really is something in the heir and we aim to dissect multiple aspects of each episode in 7 hours or less. Definitely less. Probably less.

I’m going to pick back up with photo recaps as we podcast. *pinky swear* (Pinky swears are not actually binding agreements, just FYI.)

One more thing: For your own safety, do NOT mention the name Clarke Griffin around Michelle & I unless you want to be bombarded with fangirl yelling for HOURS UPON HOURS. She’s my favorite. Clarke, not Michelle. Kidding, but not kidding? Hard to say.

I seriously adore these two and can’t wait to go on this journey with them. You might as well tag along.

And this is Auggie. 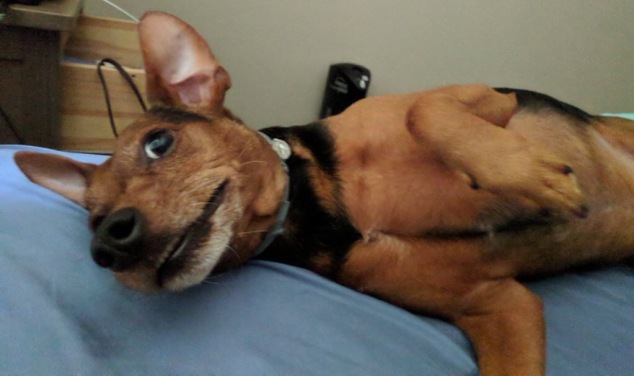 See, here’s the thing.  All of us have been super busy lately, and Michelle is actually at NYCC, so she didn’t have time to write her blurb about Michelle. So this is Monica, writing about Michelle and basically doing her work, hoping that this won’t be A THING.

Michelle saw her Twitter friends screaming about Wynonna Earp and decided to give it a shot, and she’s been a huge fan ever since. She goes to all of the cons and collects experiences like they’re comic-book covers. She’s made tons of friends in the fandom, but none as wonderful and precious and the two of us. We joked about podcast recording at Dragon Con, and through a DM, the joke became a reality. Of the three of us, Michelle is maybe the most excited about it, since she’s been wanting to do a Wynonna Earp podcast for a while.

She and BP enjoy going into Hundy Spirals and talking about Clarke Griffin doing things For Her People. Her feelings about Clarke and her personal god, Root, make their way into most conversations about TV…and there are a lot of them, because deep philosophical discussions about fictional characters are Michelle’s jam. She’s written recaps for Supergirl, PLL, Wynonna Earp, and Orphan Black for another website, and she thinks she couldn’t have picked better partners for this platonic TV-talking throuple.

And this is Opal. 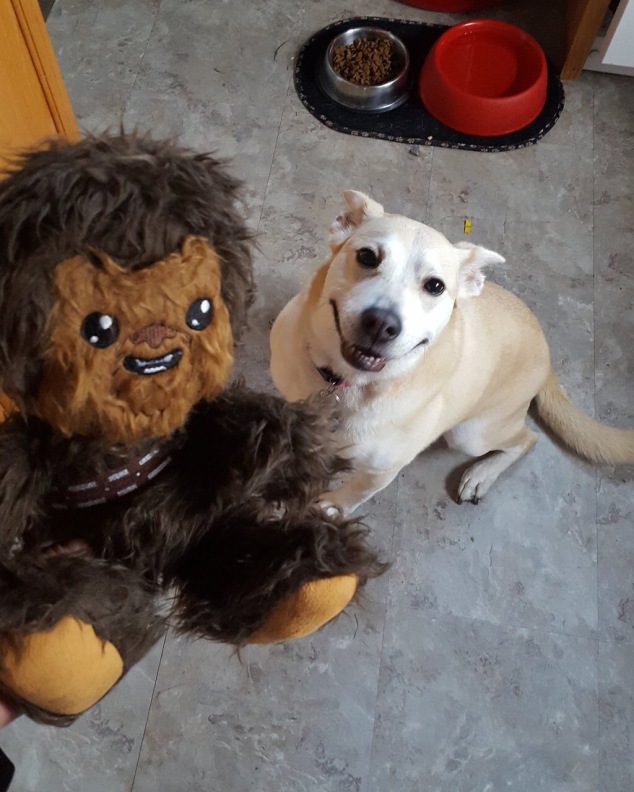 Well, if you’ve read this and thought, “I AM ALL IN,” congratulations, you’re one of us, too. Our Dragon Con podcast should be coming next week, and hopefully the podcast for our discussion for the pilot will be soon to follow.

Is that your thing? Do you think that’s everybody’s thing, baby? Well, here’s where to find it (and us) on Twitter. There may be more to come, in terms of a website, more content (including photo recaps from BP), etc., but that’s still in the planning stages, much like most things in our lives.

Here are ALL OF THE PLACES to find us and our work.

We hope you are as excited as we are about bringing even more Wynonna Earp content into the universe. There’s Something in the Heir indeed!